Susan Hancock was born and raised in Columbia, South Carolina and began her ballet training at the Calvert-Brodie School of Dance. In 1989 Susan entered the School of American Ballet, the official school of the New York City Ballet and studied there for three consecutive summers. From there Susan attended the University of North Carolina School of the Arts.  Ms. Hancock went on to join The Los Angeles Classical Ballet in 1994. Susan performed soloist roles in ballets such as The Nutcracker, Coppelia, A Midsummer Night’s Dream, Swan Lake, Sleeping Beauty, La Sylphide, Don Quixote, Paquita and several original works. While with the Los Angeles Classical ballet, Susan danced on tour in China and Japan. In 1998, Ms. Hancock joined Francisco Martinez Dance Theater while continuing to dance with Los Angeles Classical Ballet. During her time in L.A. Susan was a featured dancer on the Tonight Show with Jay Leno as well as the VH1 comedy hour featuring Wendy the Snapple Lady.

After her time in L.A., Susan came home to study dance at the University of South Carolina under the direction of Susan Anderson and Stacey Calvert. While dancing with the USC ballet company she danced numerous featured roles including George Balanchine’s Apollo, Western Symphony, Who Cares?, Walpurgisnaught, Allegro Brilliant, Mozartiana and Serenade. During her time at USC, Susan also performed featured roles alongside members of The New York City Ballet. She was a principal dancer in Alan Hineline’s production of Glennies as well as Martha Graham’s Sketches from Chronicles. Ms. Hancock was featured in SCETV’s documentary following the re-staging of Sketches from Chronicles. While at USC, Susan represented the dance company at the American College Dance Festival, Spoleto Festival and received the Director’s Award for Outstanding Artistic Merit and earned her Bachelor of Arts degree in Dance Performance and Choreography.

In 2009 Susan co-founded Unbound Dance Company.  The first contemporary jazz company in Columbia, S.C.  Unbound has performed five original full length productions, as well as several original works performed all over the Southeast.  Through Unbound Susan also founded and directed the Unbound Afterschool Dance Initiative.  This program brought dance into public elementary schools that lack funding and support from their districts. Ms. Hancock spent a year at the University of South Carolina as an adjunct instructor of Ballet, Jazz and Dance Appreciation.  During her time at the University she was also the administrative director of their afterschool dance program and the South Carolina Summer Dance Conservatory.  Ms. Hancock not only teaches through Unbound, but she also shares her knowledge of ballet at several studios throughout the United States.  Susan is excited about being part of the Southern Strutt team once again and looks forward to a great year of ballet!

"One of the top 50 Studios in the Nation" ~ Dance Sprit 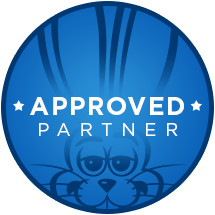